First identified in humans, achromatopsia also affects dogs, impeding their ability to see in bright light. Our Veterinary Vision Center team explains this concerning condition, also known as day blindness, to help you determine if your dog is affected.

To understand achromatopsia, you must first understand the dog’s normal eye anatomy. The retina, which lies along the back of mammalian eyes, contains cells called photoreceptors that process the information when light hits the retina, and send electrical signals to the brain via the optic nerve. Two types of photoreceptors are involved in sight:

Dogs evolved as a crepuscular (i.e., active at dawn and dusk) predator species, while humans evolved as a diurnal (i.e., active in the daytime) species, so dogs have a much higher proportion of rods to cones, enhancing their night vision. In addition, dogs have two cone types, whereas humans have three, which means that humans can visualize a wider color spectrum. Dogs mostly see yellows, blues, and greys, while humans can also see reds and greens.

Achromatopsia is an autosomal recessive disorder, which means that a dog must inherit two mutated genes to be affected.

Clinical signs in dogs typically manifest by 8 to 12 weeks of age when their retinal development is completed. The dog’s cones develop normally, but their inner and outer segments gradually deteriorate when they are no longer functional, resulting in a slow cone loss during their lifetime. Signs include:

All these signs disappear in low light settings. As your dog ages, their signs will not worsen and their night vision will remain normal.

A general ophthalmic examination on a dog affected by achromatopsia will reveal no abnormalities, and detecting cone dysfunction requires an electroretinogram (ERG) or genetic testing. Results* include: 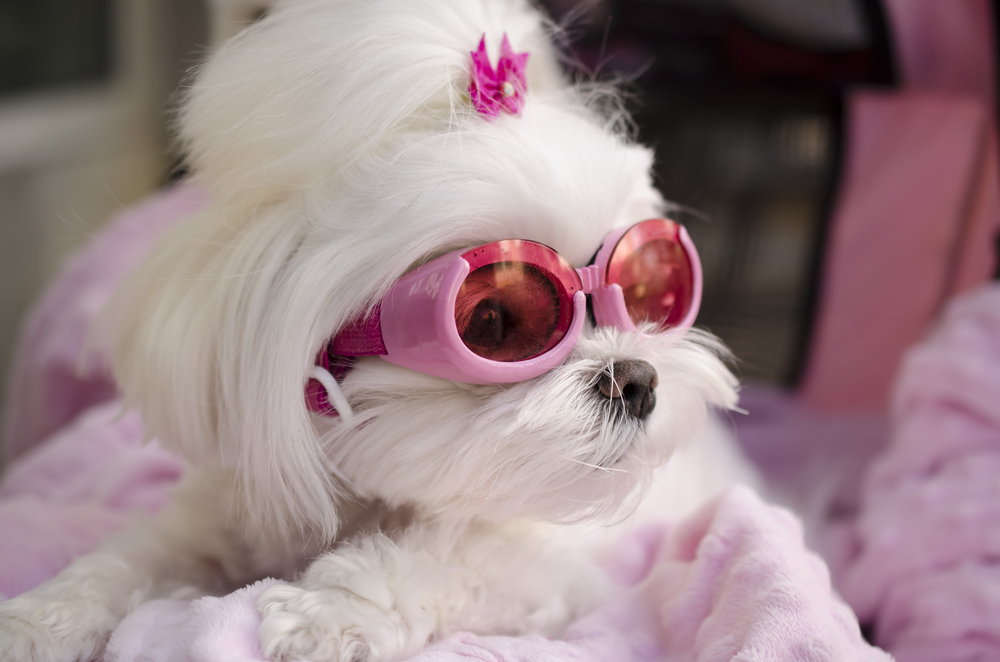 No treatment is currently available for achromatopsia, but some people advocate dog goggles or colored contact lenses to help these dogs function during daylight hours. Genetic research is being conducted in which a normal CNGB3 gene is administered into the retina of affected dogs, and results have been promising.

Dogs at risk for achromatopsia should be genetically tested to ensure they cannot pass on this mutation before they are bred. If your dog’s vision is impaired in bright light, contact our Veterinary Vision Center team, so we can determine if they have day blindness.