If you have ever watched your cat stalk a string, you realize how much they rely on their eyes for their quality of life. Glaucoma is a serious disease that can affect your cat’s eyes, but cats frequently do not exhibit glaucoma signs until their vision has been significantly damaged. The team at Veterinary Vision Center wants to educate you on this concerning condition to help protect your cat’s eyes.

How does glaucoma affect cats?

The fluid in the eye, called aqueous humor, provides nutrition and maintains the eye in a pressurized state. The aqueous humor, which is produced by the ciliary body, flows into the anterior chamber (i.e., the section of the eye between the cornea and the lens), and then drains from the eye at the junction between the iris and the cornea. In a cat affected with glaucoma, the aqueous humor cannot drain from the eye, and the fluid accumulates, causing pressure on the optic nerve. This pressure can cause nerve damage, and result in partial or total blindness. Glaucoma manifests as three disorders in cats.

Cats typically do not show glaucoma signs until their eye pressure has reached high enough levels to begin causing nerve damage. Signs are usually subtle and include bloodshot eyes, cloudy eyes, squinting, a dilated pupil that does not respond to light, and one eye appearing larger than the other. Cats may change their behavior as the disease progresses, but behavior changes are seldom noticed because the pressure changes gradually, and your cat acclimates to the discomfort. In FAHMS, an owner may notice a change in appearance of their cat’s eye when viewed from the side. The lens and iris are displaced toward the cornea, and the pupil may be extremely dilated.

Diagnosing glaucoma requires a thorough examination of your cat’s eyes by a trained veterinarian. Changes seen through an ophthalmoscope can indicate increased pressure in the eye, and the intraocular pressure (IOP) can be measured. Multiple IOP readings should be performed, because glaucoma should never be diagnosed on only one reading. Patient compliance can make an accurate IOP reading difficult, since cats do not listen well to instructions. Pressure readings in a cat should be less than 25 mmHg. 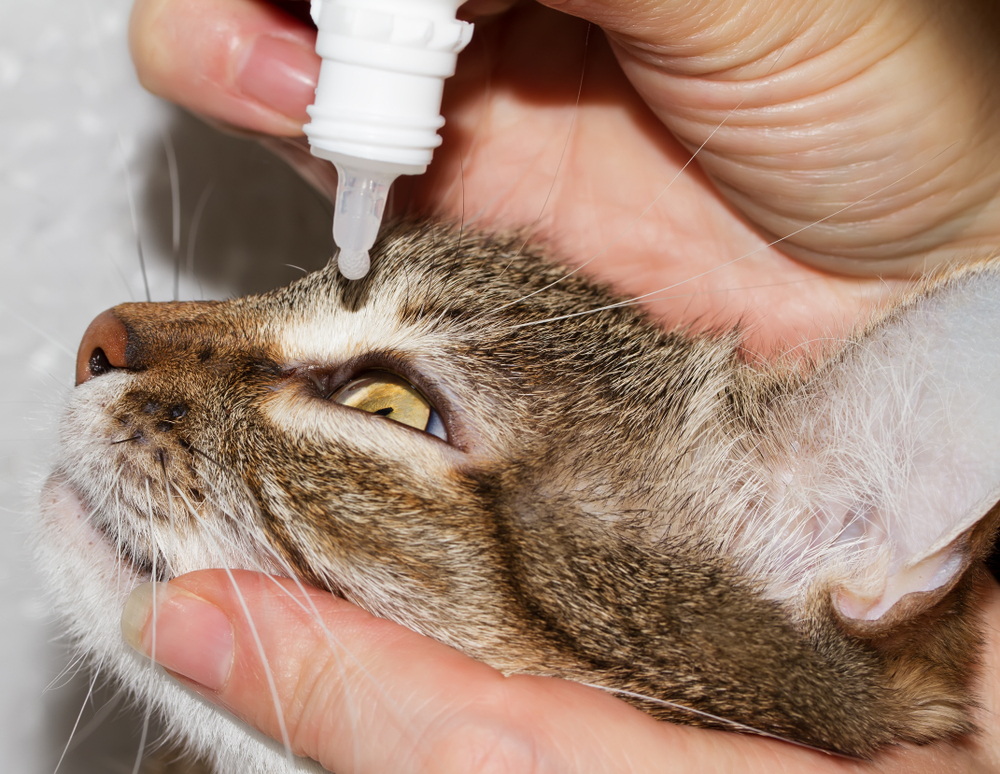 Glaucoma is incurable, but your cat’s discomfort may be alleviated with certain medications that reduce intraocular pressure. Steroids can be helpful if the glaucoma is secondary to an inflammatory response, such as uveitis. Your cat will gradually lose their vision, but these medications will delay the process. Several surgical procedures have been useful for treating dogs affected by glaucoma, but these approaches are not as successful in cats. If your cat’s pain cannot be managed through medication, eye removal may be necessary.